Do you remember that time back in 2004 when the Game Developer’s Conference was in San Jose and I was walking down the street and stumbled into the well-known Marek Bronstring walking with a young fellow in a Full Throttle T-shirt? Oh, wait, you weren’t there? Well good thing I took a picture! 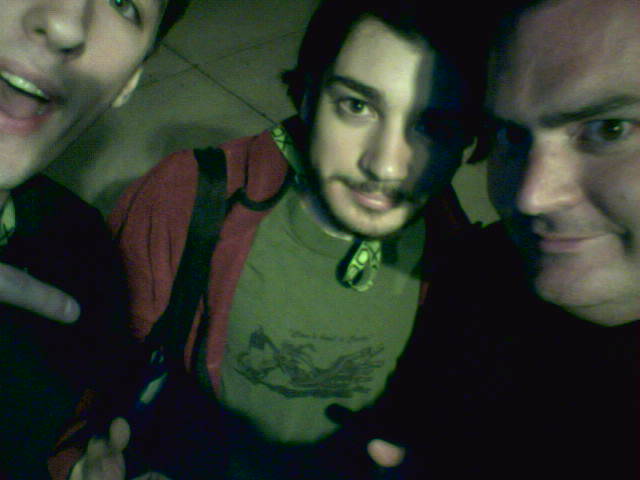 “There’s something I like about that young man,” I said, assuming it was just his awesome, limited edition T-Shirt.

Then we initiated a Volunteer Tester Army to help us get Psychonauts out the door, and guess who showed up? CHRIS REMO. I welcomed him to Double Fine in the traditional way of my people. 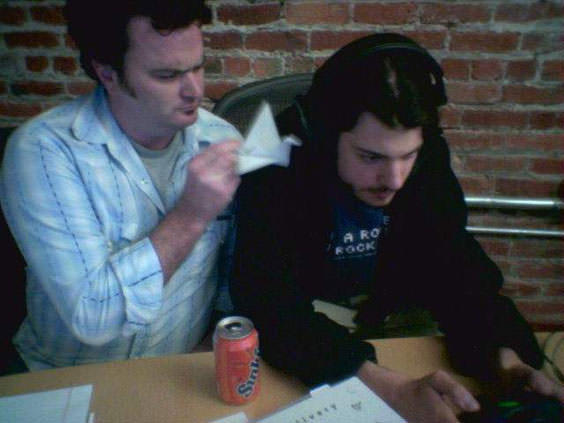 “I love this game,” he said, “But this last level should be harder, and the kid should scream more about his face!” I knew this guy had the magic touch, and so I briefly renamed the Double Fine Action news after him.

Alas, Chris Remo then burrowed back underground and disappeared for six years, like a cicada. Sleeping, and chirping, and growing and podcasting. Until finally, driven by a mysterious, primal instinct, he dug his way back up to the surface again. Slowly, he made his way back into the offices of Double Fine—navigating by the stars or magnetic fields, scientists do not know exactly. But he returned.

And guess what? We finally hired him for real! 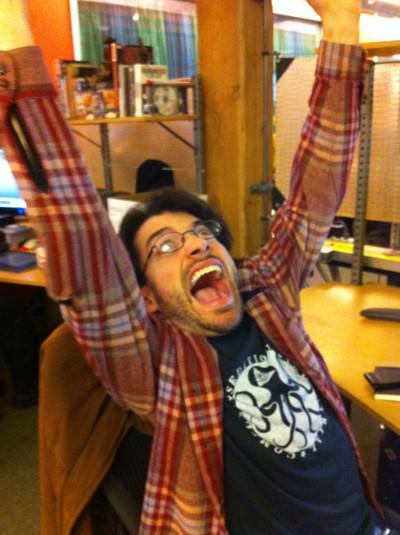 I have to tell you, it was extremely fun to hire Chris after all these years.

But then we decided to make him the fall guy for some videos that leaked out. Sorry, Chris! Rules of seniority and all that. 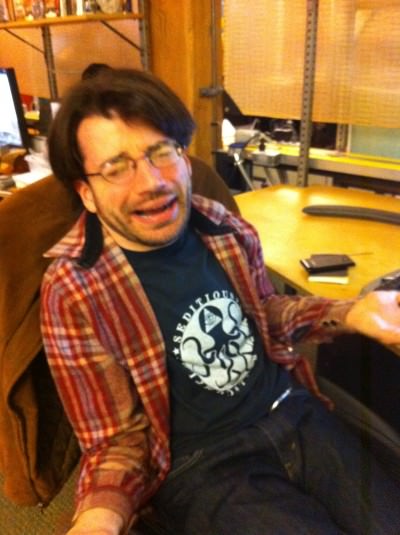