So there are these microwavable “Philly CheeseSteaks(tm)” in the back of the freezer in the Double Fine Action Kitchen. They’ve sat back there, untouched, gathering icicles, for at least a year. And I know they aren’t mine. And I also know they are probably totally unhealthy and full of nitrites or nitrates—whichever one is worse. And I know they are so old and frozen that eating one would taste like chewing on an unfrozen fake bigfoot suit. So I’m not going to do it. 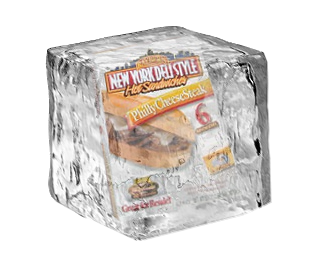 UNLESS there is an earthquake here, which someday there will be. And if that earthquake is a 8.0 or above—which is a statistical certainty in the next ten years—and if I can tell that this building is going down in a heap of bricks, like we all know it will someday, this is what I am going to do: I am going to grab an icepick and run back to the kitchen and chip out one of those CheeseSteaks, and I am going to microwave the living bejeebus out of it, until the cheese product almost turns to steam. Then, as I fall, slowly, in a shower of bricks and glass, tumbling toward my dusty rubble tomb (the inevitable resting place of any San Franciscan) I will eat that delicious cheese steak without regret, guilt, or fear of consequence.

Because if we somehow survive the quake—the quake that will come to San Francisco some day and destroy this very building in which I sit (and probably yours too) and if the owner of the frozen CheeseSteak box digs through the rubble and opens the fridge and then counts the remaining cheese steaks and says, “Hey! There were three CheeseSteaks in here when I checked this box a year and a half ago,” I’ll say, “I saw it bounce out of the freezer during the quake, and somebody came by and looted it, and then a National Guardsman shot the looter, but not before the looter ate the CheeseSteak, and then they burned the looter’s body and took away the ashes. Thank god you’re alive, though.”

DF Employees: Why are you reading this? You should not have. Let me just say that I was kidding about the Earthquakes. Earthquakes are a myth.