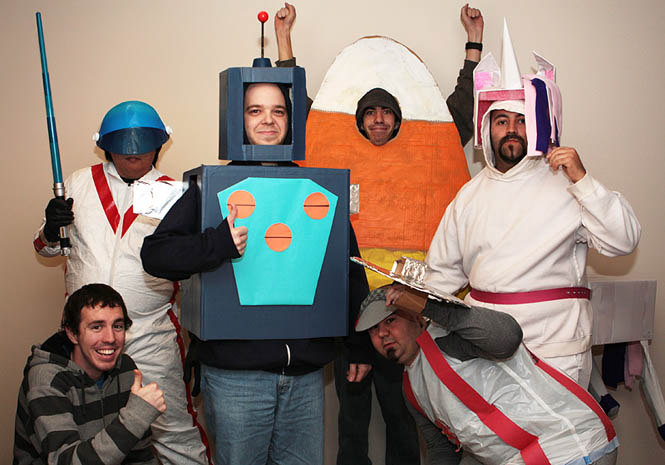 We’re LESS THAN A WEEK away from release, and what better way to celebrate than with a contest? Wait, there is a better way, THREE contests! I know what you’re thinking, “Three amazing contests to help pass the time until Costume Quest comes out? This is the greatest day of my life!” Well, sit down, because this is about to get even better. THERE ARE PRIZES! Not only could you win a code to download Costume Quest, but we also have signed original drawings by Project Lead Tasha Harris up for grabs! Click “Read the Rest” for the details.

Costume Quest Costume Contest:
Post a picture of yourself dressed in an awesome Costume Quest themed costume. What’s that? You haven’t played Costume Quest yet and would like to see examples of said costumes? Let me point you in this direction.

Costume Quest Pumpkin Carving Contest:
Ok, so you’re just not into clothing. Here’s a contest where you can show off your amazing carving skills, and you don’t even have to be in the picture. Post your Costume Quest-themed pumpkins here!

Post your entries in the forums here and we’ll pick 2 winners from each category on October 29th!