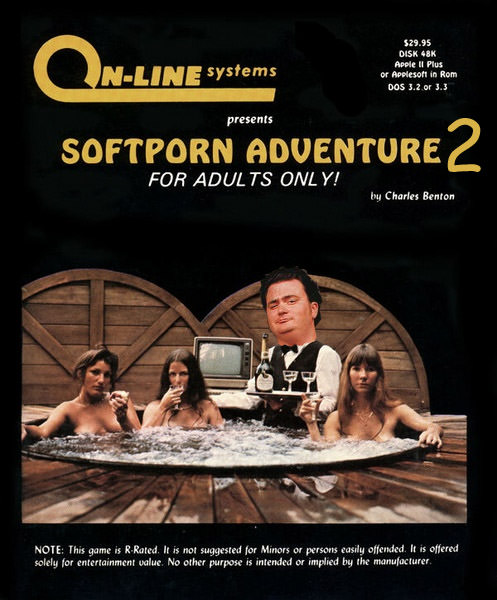 You might have to be really, really old to get that hilarious joke. And really into old computer games. Especially graphic adventures. And you might also have to have a really low bar for "hilarious," since it's not that great of a joke. But whatever. Just try to enjoy it as much as you can, and get ready for some news!

Our new publisher has been announced! They are Vivendi Games, and we have a huge crush on them because they are good to us. We've been working with them for a while now, in secret (The special kind of secret where everybody knows because it leaked out all over the place) and they are great, just like I said in the press release.

Is it strange that they are publishing under the brand name, "Sierra," because back when we were making adventure games at LucasArts, "Sierra On-Line" was the name of our arch rivals who we were much, much better than and superior to, and yet we resented them because they made so much money despite our obvious superiority?

But it does mean that Roberta Williams and I will be spending a lot more time drinking champagne in the hot tub together. That's just the way the games industry works. It's a tough racket. Hey, if you can't take the heat, well, too bad. We need it that way to keep bacteria from building up on the redwood.