One dangerous thing about working at Double Fine is that we’re constantly tripping over all of the awards people keep giving us. We keep most of them on the floor because we ran out of award cases, and because sometimes awards come in the shape of little statues and walking over them makes me feel like a huge monster rampaging through a crowded metropolis.

Anyway, we just got awarded a couple more times. Neither of these awards are the little statue kind though.

Game Informer gave us two Best of E3 awards for The Cave, Best Adventure Game and Best Downloadable Game. They only gave us one plaque, and they didn’t tell us which award it corresponds to, so I guess we’ll just have to decide which award we love more and hope the other award doesn’t grow up and become bitterly estranged. 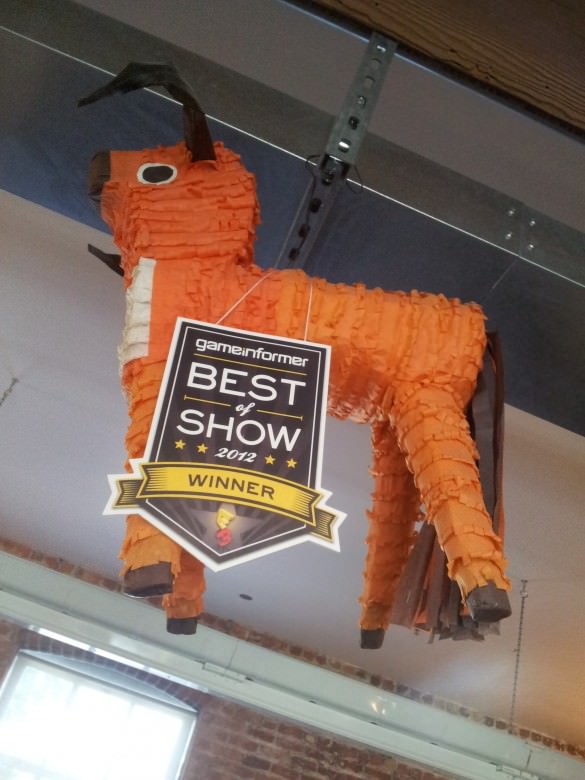 When choosing how to display this award, we took heed of that old saw, “If you run out of space on the floor, hang it from the ceiling on a piñata.”

Plus, how about this? G4 has named Psychonauts the 79th best video game of all time. We talked to some of their tech guys about the empirical method they used to determine this figure, and most of it was pretty complicated, but they did explain that the calculation has a margin of error of 78.

Thanks a bunch to everyone at G4 and Game Informer! You guys are awesome!