As you may have noticed, we were out at E3 last week! Well, I wasn’t. I was here. SOME people have real work to do. (I’m referring specifically to me, who wasn’t at E3, but was here at the office.)

Ron was at the show with producer Matt Hansen to show off The Cave, and pretty much everyone agreed that The Cave is a hilarious video game of inestimable quality. And we can prove it! A bunch of websites said so, and the internet is never wrong. Read all about it! Huge thanks to everyone who stopped by to see the game—it went over really well, and Ron had a great time.

Tim was there too, with producer Greg Rice and project lead Brad Muir, doing super secret stuff that I don’t think we can’t talk about. They ran into a lot of Double Fine Adventure backers, who were all incredibly nice. It’s always great to meet backers and fans—you guys are actually the best fans, considerably moreso than the fans of those OTHER game companies. We gave out a bunch of pins as an acknowledgement of that fact.

Oh, and we pretty much CONQUERED THE WORLD, also. The Guiness Book of World Records gave us a certificate for most worlds conquered. (The record is currently 1, set by us.) 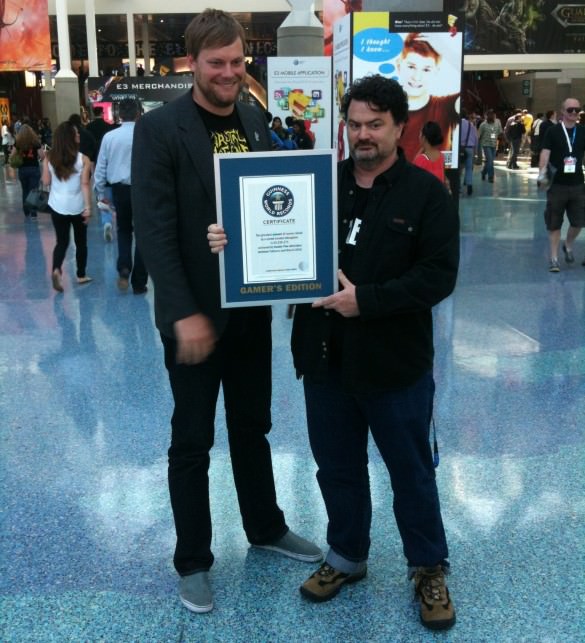 Don’t squint too hard at the text on that certificate though, because the words are pretty small and you might damage your eyes. But trust me, it’s for the thing I said it was for.

Now that your head has exploded from the greatness of that honor bestowed upon us, please acquire a replacement head in order to peruse this gallery of images documenting Double Fine’s E3 antics and shenanigans: 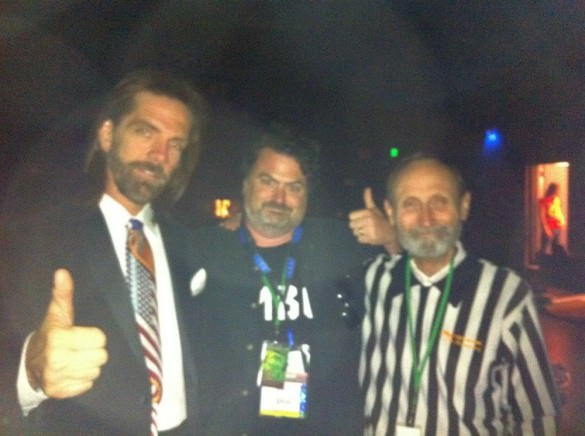 Tim hangs out with Billy Mitchell and Walter Day, the actual guys who were in The King of Kong, which you have obviously seen because it’s great. 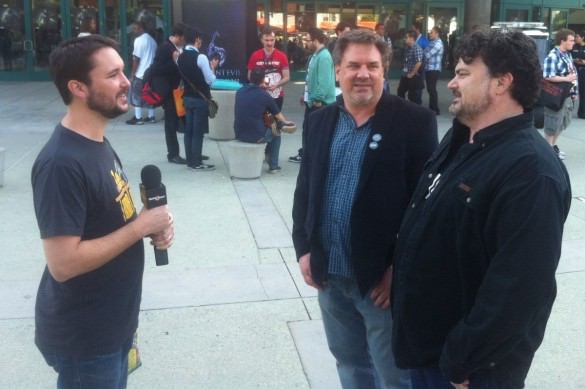 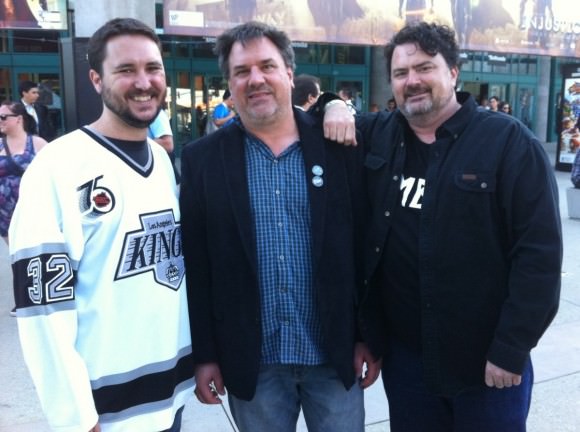 This was taken literally seconds after the previous picture. 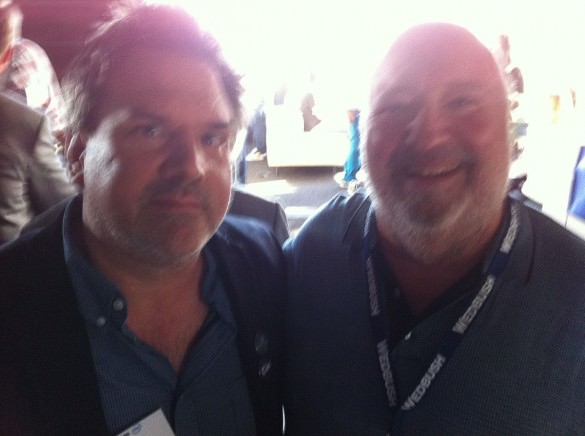 This photograph was digitally blurred to protect the identities of adventure game legends Ron Gilbert and Al Lowe. 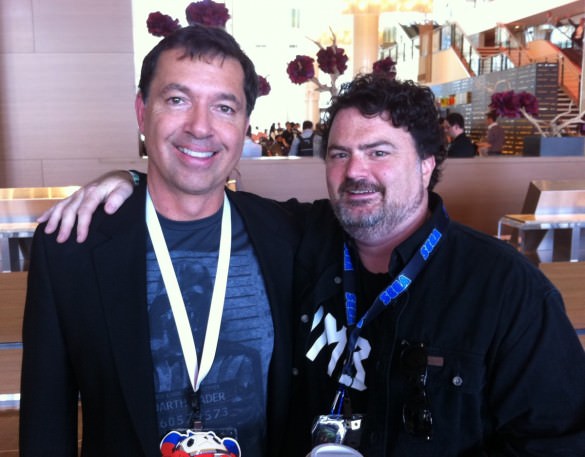 This photograph was digitally enhanced to clarify the identities of Kickstarter success stories Brian Fargo and Tim Schafer. 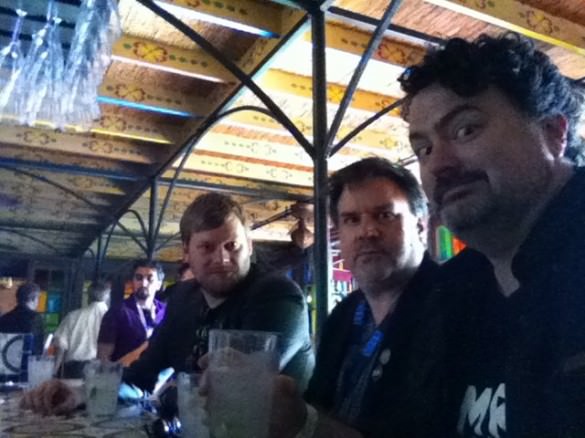 “Boy, it sure is nice hanging out at the Hotel Figueroa’s poolside bar. Good thing Chris isn’t here, and is instead ensuring the Double Fine office doesn’t burn down or anything.”

Flower and Journey designer Jenova Chen is known for the rich sensory experience evoked by his games. Now that Tim has destroyed one of his five senses, the sense of smell, he will have a diminished reservoir of experience from which to gain inspiration. But hey, creativity is all about constraints. 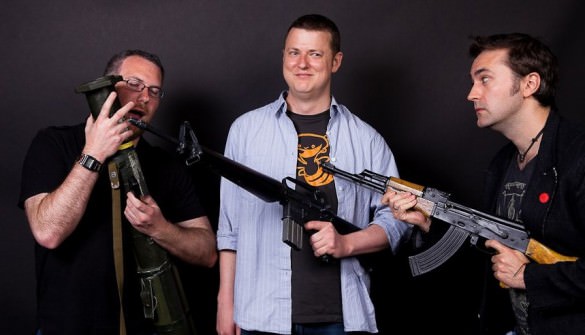 Pictured here: Brad, Matt, and a man who tore out all of our hearts and stomped on them. 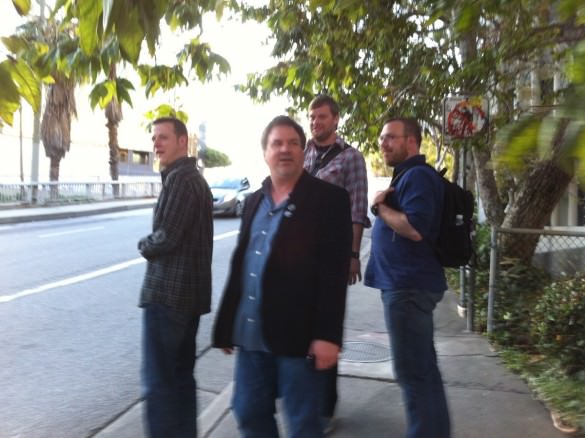 Here you can see Matt, Ron, Greg, and Brad getting lost in LA, and never ever finding their way back to Double Fine, where the REALLY cool people stay even when E3 is happening. The end.