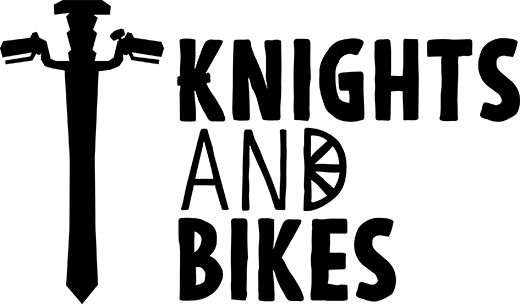 We’re proud to announce that KNIGHTS AND BIKES from Foam Sword will be published by Double Fine Productions, and will be playable for the first time at Day of the Devs in San Francisco this Saturday!

KNIGHTS AND BIKES is a hand-painted action-adventure set in the late 1980s on a fictional British island steeped in ancient history. It comes from the blended-brains of Rex Crowle (Tearaway & LittleBigPlanet) and Moo Yu (LittleBigPlanet, Ratchet & Clank)

In KNIGHTS AND BIKES Players will take on the roles of Nessa & Demelza, a couple of kids exploring the island with their bikes. Together they’ll uncover treasure, but also mystery and trouble! The threats they encounter they’ll face head-on, pedalling into danger with frisbees, water balloons, and improvising in the way that only kids can. With the island in peril, rescuing locals will teach Nessa & Demelza new abilities, allowing our heroines to do more and travel further. So as the girls face-up to the adult world, it’s their ingenuity, friendship, and wide-eyed-wonder that’ll save their ancient island from modern ruin. KNIGHTS AND BIKES is designed for one or two players (playing locally or online) and was funded successfully via Kickstarter in March 2016.

“We’ve had incredible support from our Kickstarter backers, and we have been working flat-out to deliver the adventure that we’ve promised to everyone! But as we are just a team of two working in tandem, its good to have a few more gang-members, to pedal alongside us, sharpen the jousting poles and make sure we don’t crash, get a flat-tyre, or flip over the handlebars.” Said Rex Crowle, really overdoing the bike metaphors.

“Wait, first tell me what they said about us,” said Double Fine president and CEO Tim Schafer. “Was it nice? Or just kind of okay? Because if I say something nice and then they don’t mention us, I’ll look really desperate.” The games industry veteran elaborated, “I’ll just say I love Knights, Bikes, Moo, and Rex, and that Double Fine is super happy to be presenting their amazing game, unless their quote was meh—in that case just make my quote the shrug emoticon.” ¯_(ツ)_/¯.
Shrugging back, Moo Yu took the higher-ground. “I’ve spent so many hours plunging myself into the imaginative worlds that Double Fine has conjured, getting to know their intriguing characters inside and out. In Knights and Bikes, I want players to feel that same connection and curiosity as they meet our cast of misfits and delve into the mysteries of the island of Penfurzy.”

Come and play Knights and Bikes this Saturday in San Francisco at indie gaming festival Day of the Devs, which will feature 60 unreleased games, with live music from SCNTFC, Jim Guthrie, Phil Fish and Baiyon. For more information please see www.dayofthedevs.com.