Yesterday was November 2, 2008, and that means two things.

First, it was the Day of the Dead. Woo! Hello, dead people. I’m thinking of you!

Second, that means it’s been TEN YEARS since Grim Fandango was released into the land of the living.

Holy crap. Where did the time go? Let’s have some cake. 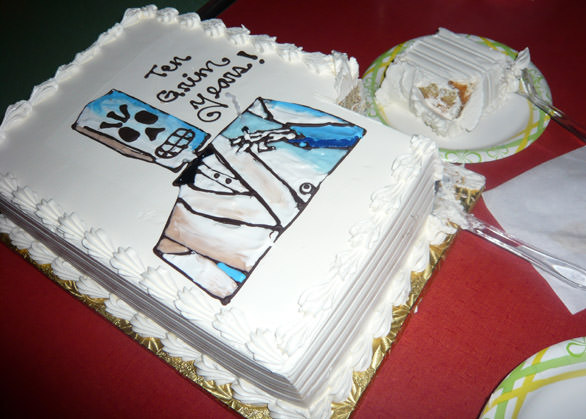 Ten years. Guess how many games I’ve shipped since then. Go ahead. Guess. Can you? Here is the answer:

One game! Just one, single, extremely excellent game. In ten years. And I’ve been working that whole time, trying to make games as fast as I can. Sheesh.

Games take too long to make.

Anyway, we had a little Grim team reunion last night and it was really fun to see everybody again. 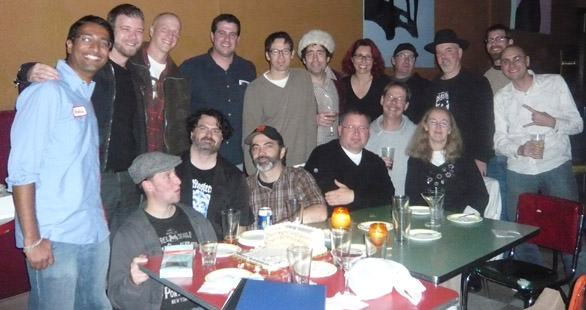 One good thing about making games so slowly is that you don’t have to pay for cake too often. 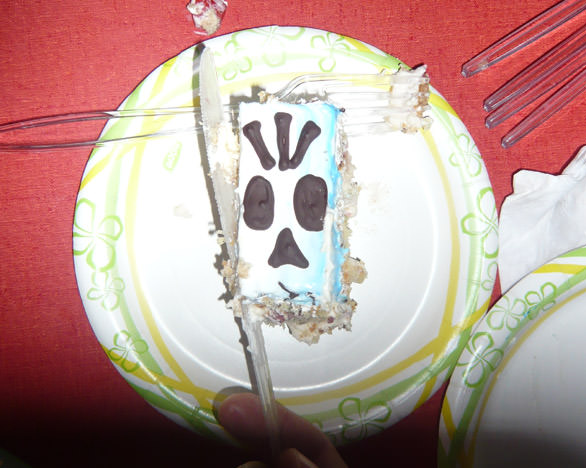 Grim Fandango Remastered for iOS & Android is out today! May 5th 2015