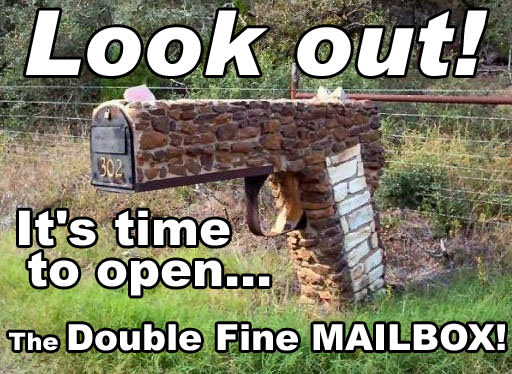 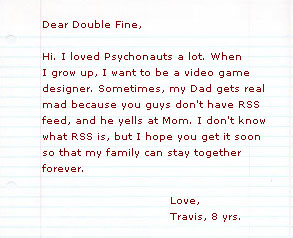 Thanks for your letter. Although my schedule does not allow me to respond to each fan letter individually, I wanted you to know that it’s letters like these that really make it all seem worth while. So thank you for playing Psychonauts and/or sending in your resume. 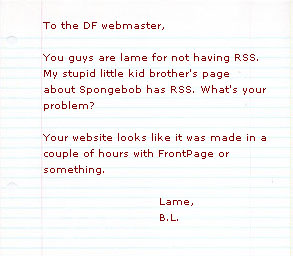 Thanks for playing Psychonauts! 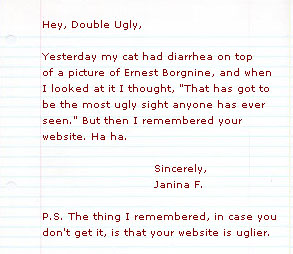 Okay, look. I’ll admit it. I did originally make the DF website in about two hours with FrontPage just so we would have something up for E3 2002. And people write in all the time saying, hey, you should have an RSS feed, and forums, and nudity, and animated buttons, but look—I don’t know how to do any of that stuff, okay? There, I said it. You are looking at the very limits of my skills here, and this website is just about as good as it’s going to get, ever.

Unless… somebody applies for this job. The time has finally come for us to hire a web person! To do web stuff. I imagine a beautiful future where we have RSS feeds out our ass and more forums than you could shake a stick at. (That actually wouldn’t be too many forums because I’ll bet after shaking an actual stick at a web forum you would feel pretty dumb and you’d probably give up after about three.)

Anyway, you could be the expediter of that dream. The Bringer of Tomorrow™ is what your official title would be.

We have ice cream drumsticks in the freezer right now. Get hired soon before they’re all gone!

LADIES AND GENTLEMEN, PLEASE ALLOW US TO PRESENT UNTO YOUR FINGER… May 1st 2006