“What? A new game already?” you scream/ask, “Didn’t Double Fine just release the amazing holiday RPG Costume Quest and announce the phenomenal, downloadable, add-on, stand-alone level called Grubbins on Ice?”
To which we reply, “What? We can’t understand you.” Because you’re talking funny what with your jaw being on the floor and all.

But you need to pick up that jaw and close that mouth so you can get ready to kiss your blues away. Because Stacking is here. 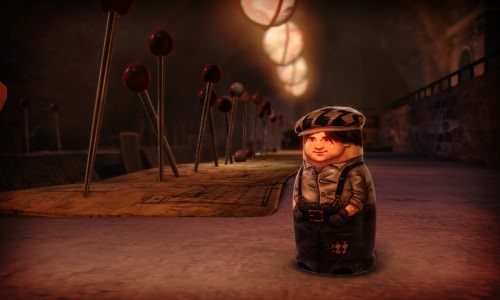 Stacking is a game about a young chimney sweep named Charlie Blackmore, and his quest to reunite his family after they’ve been forced into indentured servitude by an evil industrialist. Oh, and he happens to be a Russian Matryoshka, or Nesting Doll. Which is handy because Russian Nesting Dolls can do this: 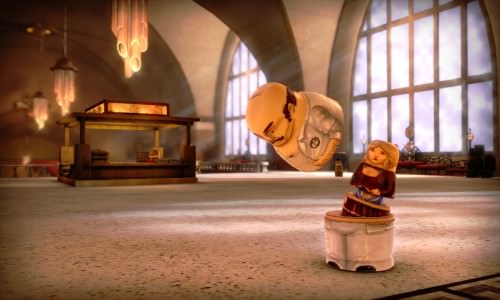 Ta-da! They stack inside each other! The rules are simple: You can stack inside of any doll that is one size larger than you… 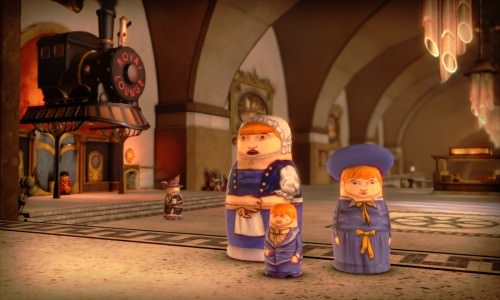 ...as long as they are not facing you. 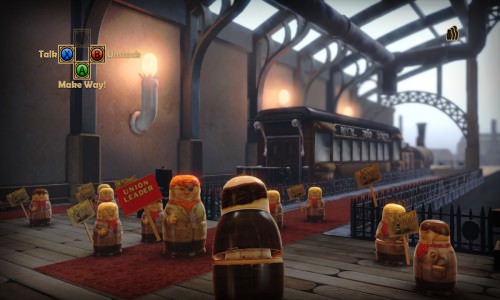 Once inside, you command that larger doll and can use its SPECIAL ABILITY. 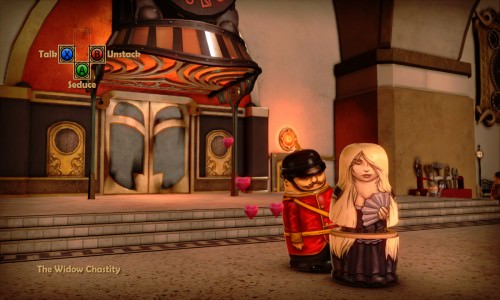 And then use that ability to solve puzzles and get Charlie through his grand stacking adventure! 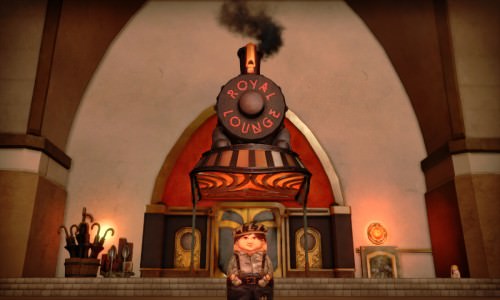 Created by Brütal Legend’s art director, Lee Petty, plus his awesome team, Stacking has all the great story, characters, and setting of old-school adventure games, but also has a completely new way to interact with all those things I just said.
I’m just glad we got out there first, because by this time next year, all games are going to star Russian nesting dolls. Mark my words.
Read more over at IGN.