Here’s what you’re getting everybody: 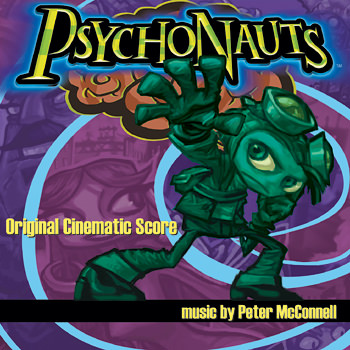 Due to the overwhelming response to the Psychonauts Original Soundtrack we are forced by our strong sense of decency and fair play to release… another Psychonauts soundtrack! But instead of the music from the levels, this CD is filled with music from the cutscenes of Psychonauts, remixed and re-mastered by Peter McConnell himself. After all, many of the best musical moments in the Excellent Game didn’t happen in the looping background music, but in the detailed score of these cinematics. Peter weaves characters’ themes in and out of the mix while tensions rise and drop and the music responds to every action, big or small—and you probably didn’t even notice this because you were such a jerk and got all absorbed in the fabulous animation and dialogue. But don’t worry because we got rid of all that stuff. Now, all you have to do is sit back, relax, listen, and learn to love again.

I recommend that you buy a Yo-Yo along with this soundtrack because our research has shown that both products may be enjoyed at the same time.