Holy nuts. I am back. In America. Sweet, nutritious America.

Here’s what I did. I went to Germany and gave a speech which, as you can tell, was about Ho-hos. Then I saw this amazing performance of the FILMharmonic Orchestra Prague, where they played music from video games, including Peter McConnell’s overture from Day of the Tentacle. The usher told us we couldn’t take pictures, but I snuck this one anyway because as far as I know his German laws did not apply to me: 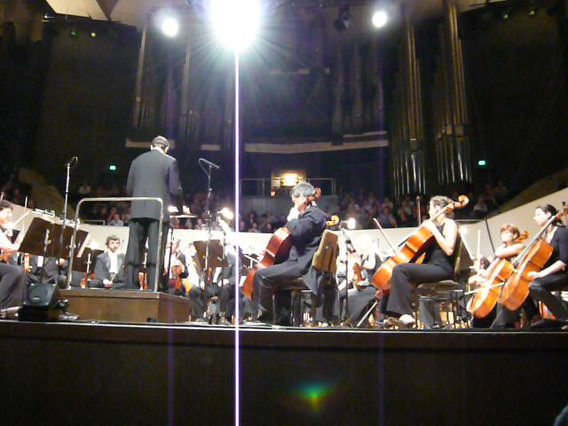 Don’t tell anyone, but I also captured a secret bootleg video from that same, belly-button level. I’d feel weird posting it though, because the people who put on the show were so nice to give me free tickets, how can I betray them by making a Rerun-at-the-Doobie-Brothers-style bootleg? Just be happy knowing that I have it preserved for the ages, and that I’m enjoying it right now, on my personal computer, and I am pleased enough for both of us.

So, guess who I saw there? I ran into not one, but TWO past stars of the Double Fine Action News. First I saw Silke, who I didn’t recognize at first because she was not wearing her everyday clothes. She was dressed up for the symphony, and surrounded by three body guards. That’s just the kind of precaution you have to take when you suddenly find yourself world famous due to the DFAN.

Running into Silke was a crazy coincidence, but it made sense, what with me being in her home country and all. (Germany! Pay attention.) But then I run into this guy! It’s famed Italian, Giuseppe Puglisi! In the flesh. What the heck? I don’t know! But it happened. Don’t ask me how. I just know that the stars were aligned on that magical evening, by the power of music. We were all drawn to it, like moths to a flame. But the flame did not burn us; it only warmed the cockles of our earhearts.

Excuse me? You don’t believe my story of random German-Italian encounters? Surely it is too far-fetched, too unlikely a story to believe that I would—so far away from my own home—run into two people who do not know each other and have no connection except that they both love Psychonauts and they both appeared on this illustrious news page? Well, here are two thousand words that might change your mind: 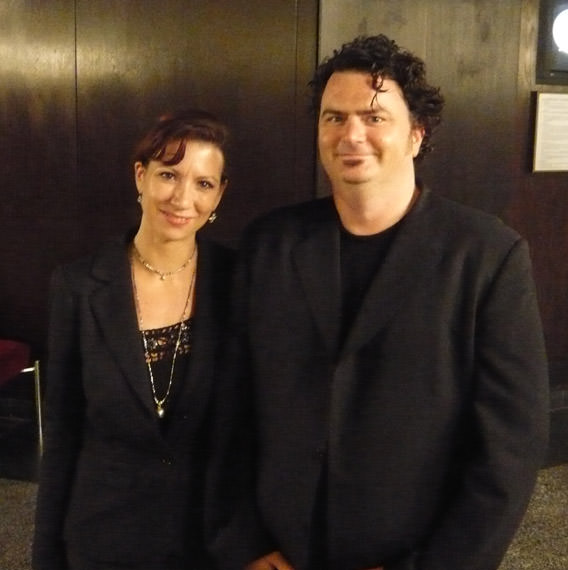 (Yes, I was trying to look like Steve Jobs that night.) 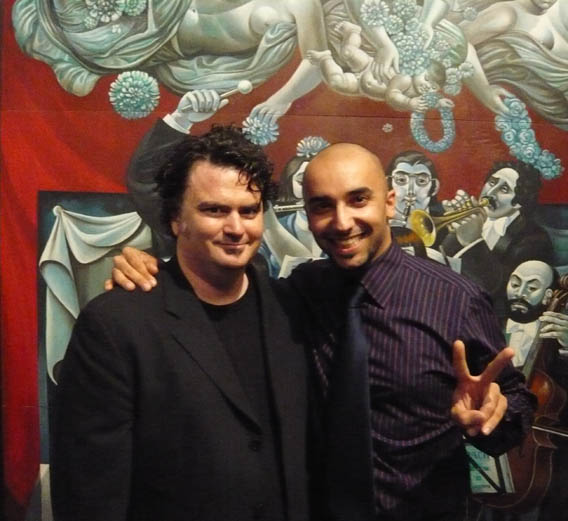 We have the nicest fans in the world. So nice! Look at them there, laughing it up in the Gewandhaus. As the Frank Sinatra song goes, Leipzig, you are my lady. I will see you tonight, in my dreams.