Little Big Planet is one of my all-time favorite games, as I am constantly telling anyone who comes within five feet of me. But it occurred to me just the other day that I never actually got around to finishing the last few levels. That made me feel kind of dumb for saying it’s one of my favorite games, but it’s really just a testament to how good it is. Just a few levels in, and it’s already one of your favorite games. You don’t have to eat an entire pig to know that bacon is one of your favorite foods, right?

Anyway, after playing it for a couple hours, I thought I might play a few Brütal Legend stage battles before I went to sleep. But I was to lazy to walk all the way over to my PS3 and switch discs. (Don’t judge me, it’s like a million miles from my couch to my TV. And there are baby toys all over and it was dark and I might have twisted my ankle and my spot on the couch might have cooled off.) So instead I went into the LBP community levels and searched for “Brütal Legend,” and guess what? There are a whole bunch of Brütal levels in there! 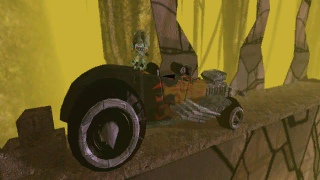 Click “read the rest” to see more pics. DO IT.

Some were just a quick drive in the Deuce, but others followed the story of the game, and had Ormagöden and the Guardian of Metal and one had a head banger who actually banged his head. Why didn’t anyone tell me about this? How long have you known??
Sorry, but in my excitement over capturing these pictures, I failed to note who created these levels or what they were called. If you know, please comment! 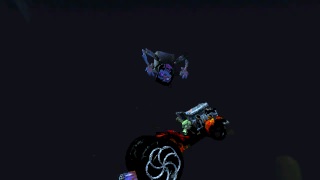 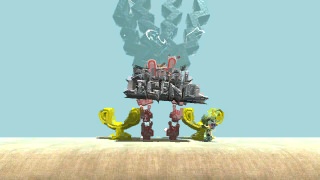 Anyway, if you have an awesome Brütal Big Planet level, or have played a good one, please post it in our forums so we can check it out!
What’s next? Psychonauts levels?
Actually, I should search for those tonight…

Luckily, no one will read this December 1st 2008