When I heard that a group of enterprising, young, do-it-yourselfers were building a soapbox car version of the Tour Bus from Brütal Legend and entering it in the Red Bull Soapbox Derby, I thought that was awesome. 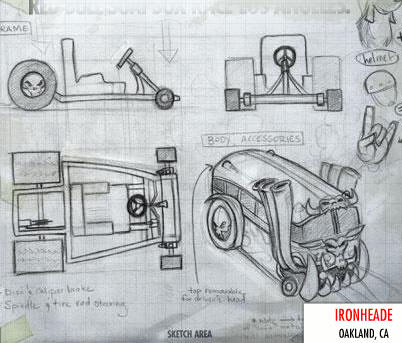 When I saw how amazing the thing looked as it came together I got pretty excited. 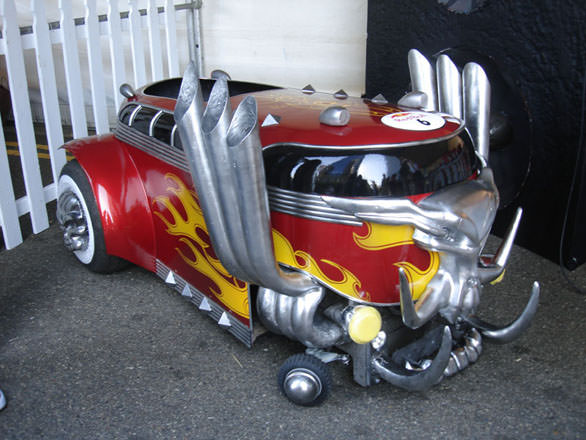 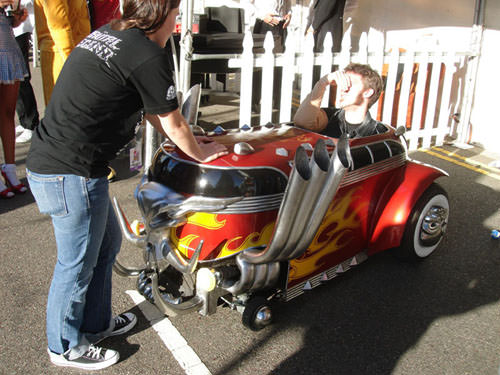 But when I saw that they not only WON FIRST PLACE in the derby, but BROKE ITS ALL TIME SPEED RECORD, I jumped up on my chair and chanted “Ironheade! Ironheade!” until I passed out from joy and also beer. First place! Land Speed Record! How effing cool is that? 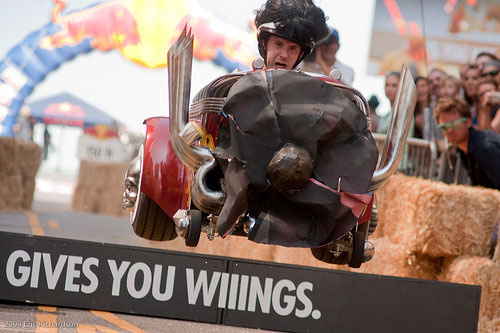 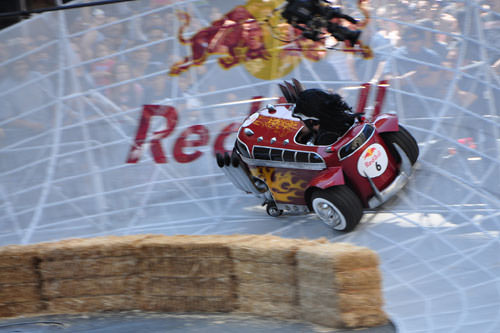 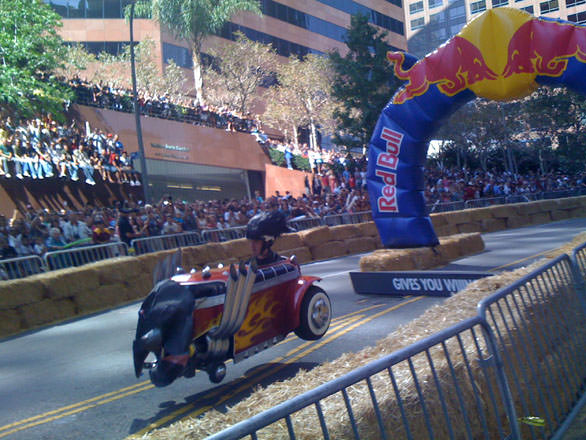 Check out the video of the whole race. Ironheade dominates the event starting at 1:29. (That’s our very own animator Christine Phelan who is seen wailing on an replica of Eddie Riggs’ faithful guitar Clementine.) Also this video gives you a behind-the-scenes look at the Tour Bus, relaxing far from the glare of the paparazzi.

My congratulations to the whole Ironheade team: Andrew Cook, Sean Feeley, Luke Nalker, and Christine Phelan. You guys did an amazing job. I can’t believe how well-crafted that tour bus is! You really made Eddie Riggs proud. 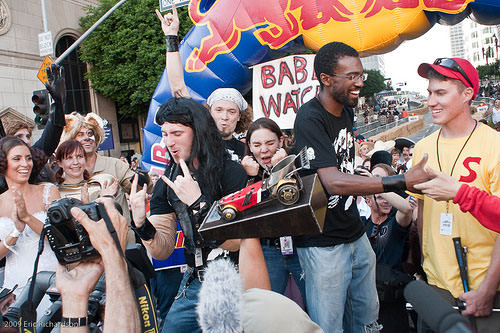 And hey, if you need a place to store it, just let me know!

Thanks, PAX, for being AWESOME September 10th 2009

Luckily, no one will read this December 1st 2008