With Valentine’s Day coming up, the Middle Manager of Justice team got to thinking.

“Hey, you know what we think of when we hear Valentine’s Day?” we asked ourselves. “Love… Love of middle management and filing paper work, because tax forms come out around now. Oh, and also alien invasions.”

And then we all looked up and caught each other in an uncomfortable gaze that was a couple of seconds too long, and declared, “HEY! In addition to the Alien Invasion storyline for the last two areas in Middle Manager of Justice, let’s add a mission that will allow all of our Middle Managers to save VALENTINE’S DAY, and thus…LOVE.”

Thus it was decided. We have now released the 1.1.0 update to Middle Manager of Justice, filled to the brim with new content, fixes, and other enhancements. We’ve also added a brand new hero, THE COSMIC CROWBAR, brainchild of Steve Dengler, our irreplaceable friend and supporter! 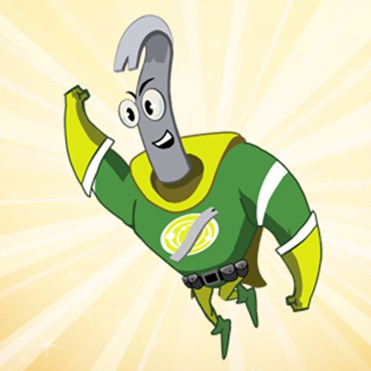 The update is free, of course. Just update the game through iTunes. Check out the official forum for a full list of features and fixes. 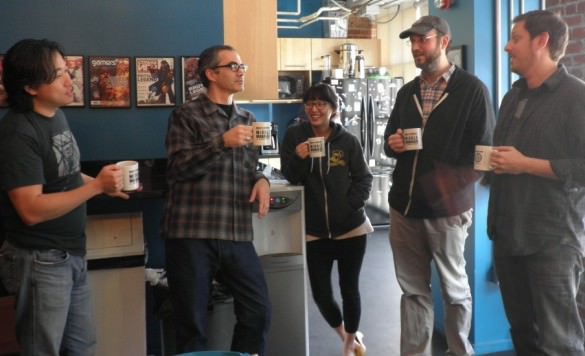 Check it out in the Double Fine Action Shop.

Consider all this our candygram Valentine to you, our fans. And as always, what says Valentine’s Day better than a Yak outside your office? 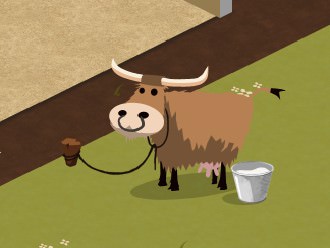 Download the game on iTunes for iPhone and iPad! 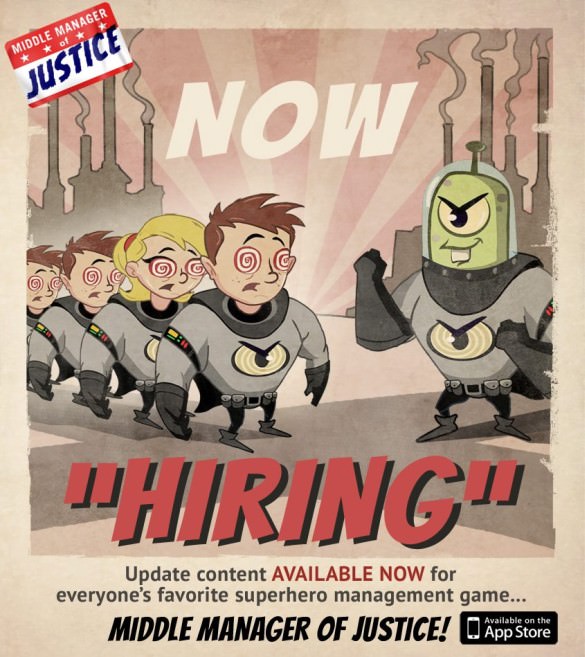 The Origins of Middle Manager of Justice November 8th 2012

The Art of Middle Manager of Justice September 7th 2012